Want to begin modifying your PAYDAY 2 game and install some mods? Start here!

Getting Started with PAYDAY 2 Modding (Legacy)

(I have marked this page as legacy; this will be split into different pages. -VxWolf)

Alright, so first things first, let's get some important things out of the way.

SuperBLT is the successor of now-defunct BLT/BLT2. SuperBLT does a lot of things, such as allowing you to manage auto-updates for mods that need to be downloaded off GitHub, making XML work stronger and more concise, and so on, but the most important thing it does is allow you to use custom audio files instead of reusing or replacing audio files from the base game. In short, SuperBLT is what you absolutely need if you want to have weapons/heists with custom sound effects and/or if you want to be able to listen to entirely new heist songs.

Installation of SuperBLT, if you don't already have BLT, is pretty simple:

In contrast, if you already have previous version of BLT, its highly recommended to upgrade to SuperBLT:

SuperBLT is just the next evolution of BLT/BLT2, so all your old mod would work just fine in SuperBLT.

This is a typical point of confusion for people new or inexperienced with using mods for PAYDAY 2, so allow me to provide a simple breakdown.

The mod_overrides folder is supported by PAYDAY 2 by default, and will either come with your PAYDAY 2 install by default (located within the "assets" folder), or require manual creation (read: make a folder in "assets" named "mod_overrides" yourself) but still work anyway. Without BLT installed, all the mod_overrides folder does is tell the game what models/textures/sounds it should be loading as a replacement for which base game models/textures/sounds - for example, if you have the Doom Ithaca mod in your mod_overrides folder, PAYDAY 2 will look inside the Doom Ithaca directory, see that said directory has its own file at /soundbanks/wpn_m37.bnk, and then play sounds from that soundbank instead of the base game /soundbanks/wpn_m37.bnk.

If you want to read more on how to install stuff into mod_overrides, go here.

In contrast, the mods folder requires BLT, and as such does far more than merely replacing sounds and images. Things that go in the mods folder are more advanced, ranging from mods that change the core gameplay of PAYDAY 2 to slick interactive HUDs to things as simple as extra perk decks and throwables.

Note that if you have BLT and BeardLib the line between these two folders starts to blur a little. As a general rule of thumb however, mods that require BeardLib that aren't gameplay-changing mods go in mod_overrides, and the rest goes in mods unless explicitly stated.

The third folder, however, is pretty distinctive. The Maps folder (yes, that "m" is supposed to be capitalized) is something that only exists if you have BeardLib installed, and contains, well, maps. All custom heists you download must go in this folder, and this folder only. Custom heists installed outside this folder will not be loaded by BeardLib and added to the game, and mods that are not custom heists probably won't work if you plonk them here. Note that while the mod_overrides folder is inside the "assets" folder within the game install directory, the Maps folder is actually in the game install directory proper like the mods folder is.

tl;dr Read the tags and/or description of a mod if you're not sure where to put it. Nine times out of ten that solves the issue.

Alternatively, there's the Tsuna Method (for lack of a better word):

There's one last thing when it comes to mod installation however: .pdmod files.

These things are relics from an older time, before BLT, before the override folder, before BeardLib and all of that good stuff. These are largely irrelevant now, except for one key function - .pdmod files can modify shaders and other advanced things.

As such, you should probably avoid .pdmod stuff if you're just starting out. Once you feel advanced enough to have a crack at them, though, you can use the PAYDAY 2 mod tool, yes the really old one, to take these .pdmod files and tell the mod tool that before the game runs it has to tack all the stuff in the .pdmod archives onto the game's code to install said .pdmod files.

The other giant quality-of-life matter for developers and mod users alike is BeardLib, and what makes BeardLib so great is that it's this giant library of good stuff that lets you add things to the game instead of replacing them without having to worry about crashing other players, simplify all sorts of different mod things down to basic XML work, make use of the override folder to keep the mod folder neat, and also click on a slider to set an exact value instead of just fumbling around like a moron for ten whole minutes.

Keep in mind, BeardLib works by using BLT, so you got to have BLT running proper on your game first, before BeardLib can take effect.

That's all I have for now. More things will be added as time goes on. Thanks for your time, and here's hoping you enjoy the "wonderful" world of PAYDAY 2 modding as much as all of us here at ModWorkshop!

Can’t remember where you installed the game? This guide will help you. 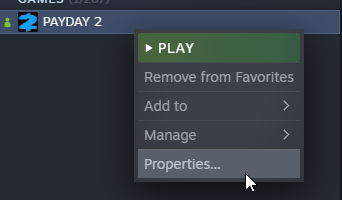 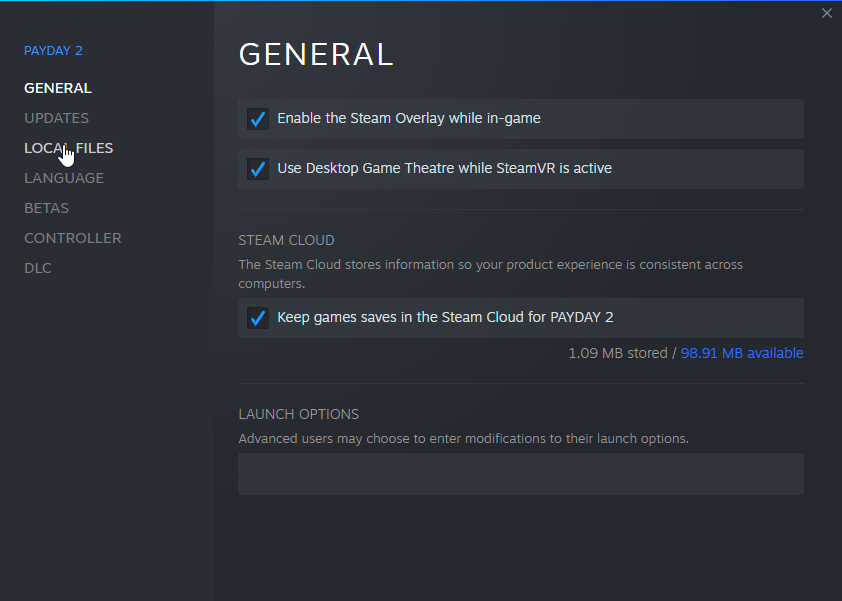 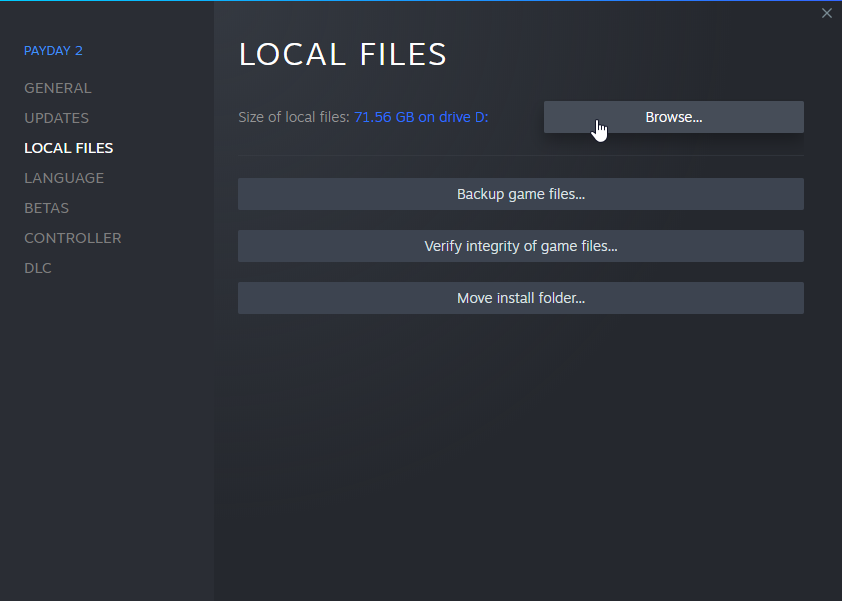 As the name implies, the ‘mod_override’ folder is used to override existing assets in the game’s files. These can range from the color of your health bar to the appearance of the enemies in-game. Installing these is very simple, so let’s get started!

Not there, or forgot where you installed it? Click here for a guide.

You should see this:

If you don’t see that folder in there, go ahead and make it. Make sure it’s named “mod_overrides” exactly: